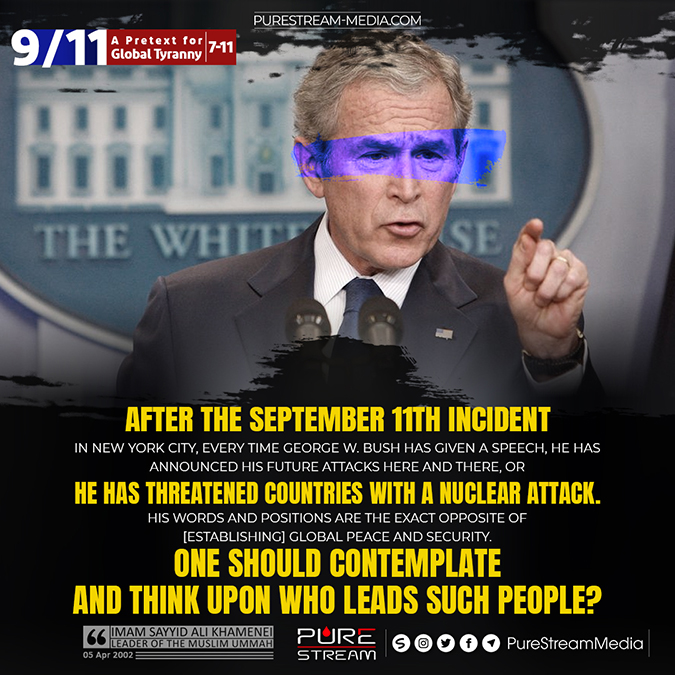 “(…) After the September 11th incident in New York City, every time George W. Bush has given a speech, he has announced his future attacks here and there, or he has threatened countries with a nuclear attack. His words and positions are the exact opposite of [establishing] global peace and security. One should contemplate and think upon who leads such people? (…)”