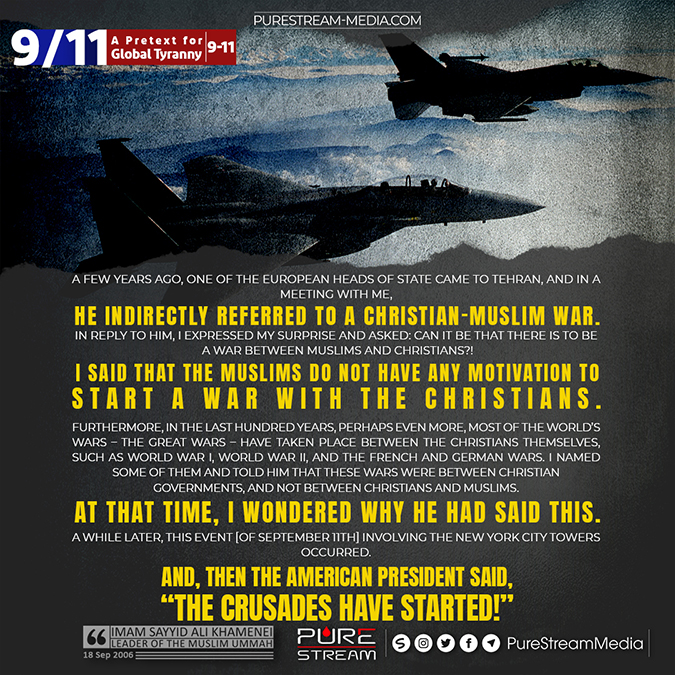 “(…) A few years ago, one of the European heads of State came to Tehran, and in a meeting with me, he indirectly referred to a Christian-Muslim war. In reply to him, I expressed my surprise and asked: can it be that there is to be a war between Muslims and Christians?! I said that the Muslims do not have any motivation to start a war with the Christians. Furthermore, in the last hundred years, perhaps even more, most of the world’s wars – The Great Wars – have taken place between the Christians themselves, such as World War I, World War II, and the French and German Wars. I named some of them and told him that these wars were between Christian Governments, and not between Christians and Muslims. At that time, I wondered why he had said this. A while later, this event [of September 11th] involving the New York City towers occurred. And, then the American President said, “The Crusades have started!” (…)”